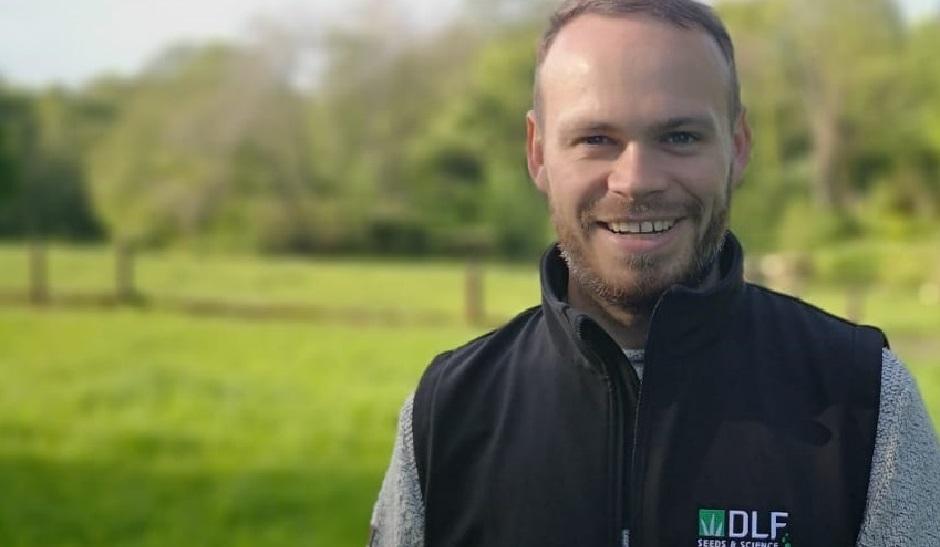 Convincing farmers that plants they consider as 'weeds' - such as chickory, plantain and timothy - may actually boost grass yields is a challenge, admits Thomas Moloney.

He has spent years researching the benefits of multi-species grass swards and says: "The challenge was emphasised to me recently in a conversation with a dairy farmer.

"When he asked me what we were doing in one of our trial plots, and I told him we were over-sowing plantain, he didn't know what plantain was. When I showed him, he said he always knew it as a 'weed' and said it was the 'sign of a bad farmer'.

"A complete change of mindset is needed."

Thomas stresses that farmers need to stop looking at these plants as weeds. Having recently completed his PhD on the use of multi-species grass swards in silage production, he now is putting the theory into practice in his new job with DLF seeds.

He believes these swards could be a real game-changer for farmers, particularly those who are not overly intensive.

"This has potential production, cost-saving and environmental benefits," Thomas says.

In the research, he examined the performance of three silage crops:

■ A four-species sward including PRG, timothy, red and white clover;

The two multi-species swards produced greater annual DM yields than a perennial ryegrass sward, with the greatest differences occurring at zero and low (up to 150 kg N/ha per year) rates of inorganic N application.

"If you are a farmer who is using 100-150kg N/ha/year, you can introduce these swards and boost your yield or reduce your nitrogen altogether and not see yield fall."

Thomas says the swards could also play a key role in the coming years due to pressure on farmers at national and European levels to reduce fertiliser use.

One concern that has been raised about these swards is their impact on animal performance.

In his research, he found that compared to perennial ryegrass, the multi-species mixtures had a slower rate of digestibility decline prior to first-cut silage harvest, but subsequently had lower digestibility at the mid-season harvests.

The lower digestibility values for mixtures do not tell the full story, however, as UCD research found higher intake rates are typically recorded for animals grazing swards containing legumes (and herbs) than grass-only swards and this higher intake usually results in improved animal performance.

However, when ensiling conditions were poor, mixtures ensiled more poorly than perennial ryegrass.

Thomas says an adequate and rapid wilt would be recommended to ensure successful preservation of multi-species swards as silage.

According to Thomas, the million-dollar question with these swards is their ability to persist in grassland over an extended period. He says work on this is underway in Teagasc in Johnstown Castle and UCD's Lyons Estate, with both having farm-scale experiments on the go for the last two years.

Fertiliser can be a big challenge to persistence.

"It's not the use of it but more the timing of application," he says. "The grasses are growing in spring, and their peak is the end of May, but the legumes and the herbs haven't yet got going.

"There is a danger if you spread to much nitrogen at the wrong time the grass will swamp out the other crops."

However spreading large amounts of nitrogen would in a sense defeat the purpose of these multi-species swards with their strong performance with low fertiliser use one of their main advantages, Thomas says.

"More work needs to be done in terms of the management of these swards, but they look certain to be valuable to less intensive farmers." Red and white clover: Highly digestible protein-rich forage. Can provide up to 150kg N/ha per year to the sward via fixation