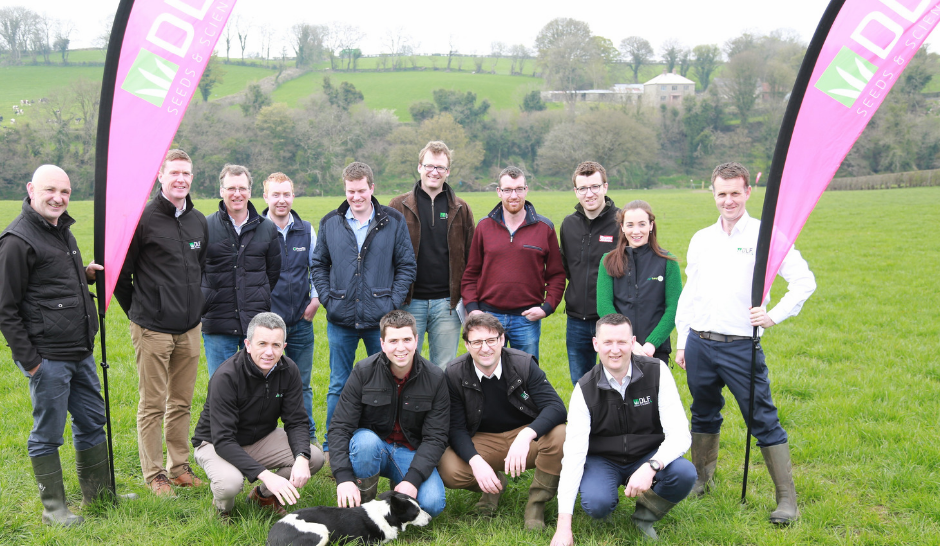 Partnership with Cork Based Grasstec

On making the announcement at their annual grass partner meeting in Omagh Co. Tyrone today, Paul Flanagan General Manager of DLF Ireland said; “Our primary focus at DLF is to breed and distribute varieties that preform on farm – not only through strong yields but crucially have strong graze out. This programme is all about supporting our partner farmers in achieving the best combination of those objectives, while also enhancing our own breeding programme by trialling new grass material on their farms. We are delighted to welcome Grasstec to support us in the recording of these key metrics to determine both successes and failures in this respect.”

Grasstec’s grass measuring team will visit DLF’s partner farms on a regular basis to measure and record grassland, with a particular emphasis on capturing data around the progression of DLF’s latest varieties. Measuring performance of both grass mixtures and DLF monocultures to determine their suitability on-farm.

Speaking about their involvement in the programme Grasstec Managing Director Bertie Troy said “For over 20 years we have been dedicated to providing farmers with a range of services to achieve greater productivity in their farm business. So, we are delighted to be involved in an initiative such as DLF’s grass partner programme, which has driving farm productivity through better grassland management at its core.”

Following their annual meeting, which included a presentation from DLF’s European Head of Forage Research, attendees visited the farm of grass partner David Hunter in Newtownstewart Co.Tyrone. David, who converted from beef to dairy 6 years ago and has grown his herd number to 85, has a limited grazing platform of 40-hectare. With his top paddock producing 19 tonnes of dry matter production per hectare on 11 grazings, David is keen to bring that same level of production across the farm. Visitors to Hunter’s farm saw first-hand his reseeding programme over the last number of years and a paddock by paddock assessment of grassland performance.

In addition to David Hunter, the farmers participating in the initiative include; David Thomas farming in Co. Offaly in partnership with his father Ivan with a herd size 0f 140 cows. Eamonn Kent farming in Faithlegg Co. Waterford with a dairy herd size of 125 cows and Michael O’Sullivan based in Castleisland Co. Kerry who is milking 110 cows with his wife Bernie.

Launched in 2017 the “More Milk with DLF” Grass Partner programme is a long-term project that will aid the grassland utilisation for the four farmers involved. Farmers across the island of Ireland can follow the participating farmers progress on twitter @DLF_IRL, on Facebook @DLFIreland or sign-up to DLF’s newsletter by emailing info@dlfseeds.ie.