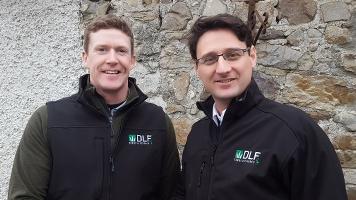 DLF Ireland, part of the world’s leading grass breeding company, has recently appointed Edward Power as their new Trials Manager. Edward, who has over 20 years’ experience in the amenity grass business, will be managing DLF’s large forage grass and crop trial programme in Faithlegg Co. Waterford.

Commenting on the appointment, DLF Ireland’s General Manager Paul Flanagan said “This is a very unique role that requires a heightened attention to detail, coupled with a passion for grass. Edward’s approach is all about setting standards, and backed by the assistance of DLF’s Global breeding and trials network, he will cement DLF’s position as a breeder and valued contributor to Irish grassland.”

Hailing from Co. Kilkenny, although working in the amenity sector for most of his career, Edward has never been far removed from Agriculture. It is this unique combination that will enable Edward to excel in the role, as he draws on his knowledge from both sectors. Speaking about his appointment he commented; “This position is a fantastic opportunity for me to be part of a global company like DLF, whilst delivering a meaningful impact on Irish grassland. I have made a living from grass for the last 20 years and this unique role will allow me to make a significant contribution to Irish grassland and ultimately progress Irish grassland farming.”

DLF’s grass breeding and trials programme in Co. Waterford is the largest of its kind on the island of Ireland. In 2018 DLF harvested almost 2,500 plots in their breeding site, along with 22,000 single plants which will form the parent line for future grass varieties. Working alongside global grass breeding colleagues, Edward will be responsible for managing a research programme that will ultimately breed the next generation of grass varieties for the Irish market. 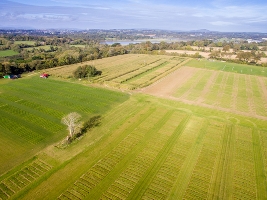